What is a Visual Flight Rules (VFR) Airfield?

Home › Airfields › What is a Visual Flight Rules (VFR) Airfield?

What is a Visual Flight Rules (VFR) Airfield? 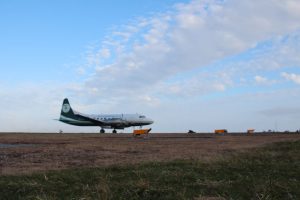 This article is the first instalment in our airfield rules series, which will look into the different runways and their requirements.

Visual Flight Rules (VFR) are a set of regulations under which a pilot operates an aircraft in weather conditions clear enough to see where they are going. VFR are used for non-instrument piloting and visual runways.

VFR are defined by the International Civil Aviation Organisation (ICAO), or local governing authority such as the Federal Aviation Administration (FAA) in the US. Each country’s Civil Aviation authority codifies regional specifications.

VFR lighting systems are commonly found at public and private airfields, or runways without instrument approach. They include low or medium intensity runway and approach lighting systems.

For Visual Flight Rules, a pilot must be able to:

Visual Meteorological Conditions (VMC), night-time requirements, and minimum visual range (such as distance from clouds, or cloud clearance requirements) vary by jurisdiction. They may also differ according to the airspace in which the aircraft is operating.

A VFR aircraft may be required to have a transponder. This helps Air Traffic Control (ATC) identify the aircraft on the radar and provide separation to other aircrafts with greater flight rules.

In almost all cases, airports must restrict VFR operations when clouds form over the airport at less than 305 meters (1000ft) to protect pilots’ visual integrity.

VFR flights are not allowed in airspace known as class A as defined by ICAO. This is regardless of the meteorological conditions. There are exceptions if there is a failure of two-way radio communications or a declared emergency, such as VFR traffic attempting to avoid severe weather formations.

What are the lighting requirements on a VFR runway?

There are different rules and regulations for ICAO and FAA VFR runways. However, they have some common components.

Low or medium-intensity runway edge lighting is required on any VFR runway to operate safely at night. This lighting is used to outline a runways’ edges during periods of darkness or restricted visibility conditions.

The fixtures need to be located at the edges of the runway emitting white light as decided by ICAO, FAA or the local requirement. While not required for VFR runways, the caution zone – which is the last 610m (2000ft) of the runway, or half the runway length, whichever is less – can be utilised for greater pilot situational awareness. Different colour output is required in the caution zone. The fixtures have a standard requirement to produce white light in the direction facing the runway threshold and yellow light in the opposite direction to visually assist the pilot in identifying the remainder of the usable runway during landing or take-off.

Runway threshold and end lighting is also required to mark the extremities of a runway. VFR runways require lighting positioned at either end, consisting of at least six fixtures equally spaced not more than three metres (10ft) from the runway extremity. When a runway is used in both directions, bi-directional red/green lighting is required.

Runway Edge Identification Lighting (REIL/RTIL) should be installed at the threshold of a VFR or non-precision approach runway to help pilots identify the approach. They provide rapid and positive identification, especially on circling to land. The system consists of a pair of synchronised flashing lights.

Approach lighting systems are recommended for VFR or non-precision approach runways by ICAO and FAA. The system provides visual direction for aircraft pilots for circling, offset, and straight-line approaches to VFR or non-precision runways. The exception is when the runway is used only in the right visibility conditions, or other visual aids provide sufficient guidance.

Precision Approach Path Indicators (PAPIs) are strongly favoured on most runways by ICAO and FAA, and are required by some regions under certain conditions. PAPIs provide a day-time or night-time visual aid that provides instant vertical guidance information to help pilots acquire and maintain the correct approach trajectory for a safe touchdown.

Taxiway lighting is required to be positioned along the edges of each taxiway emitting blue light. They define the taxiway’s lateral limits, ensuring that an aircraft follows the correct taxiway routings and situational awareness at night and in low visibility.

Our next instalment in the airfield rules series will look into Instrument Flight Rules (IFR) airports. 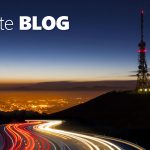 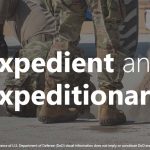 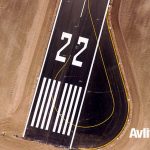 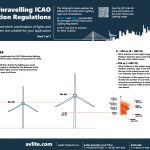 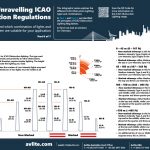 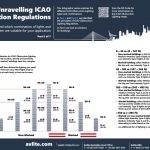 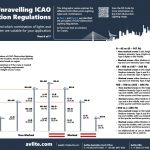 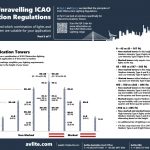 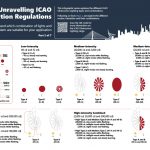 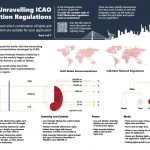 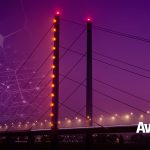 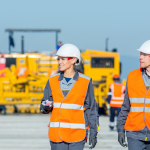 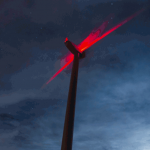 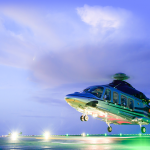 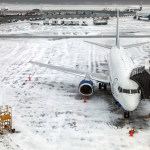 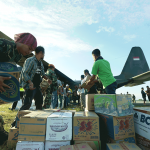 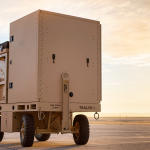 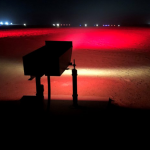 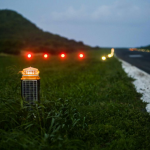